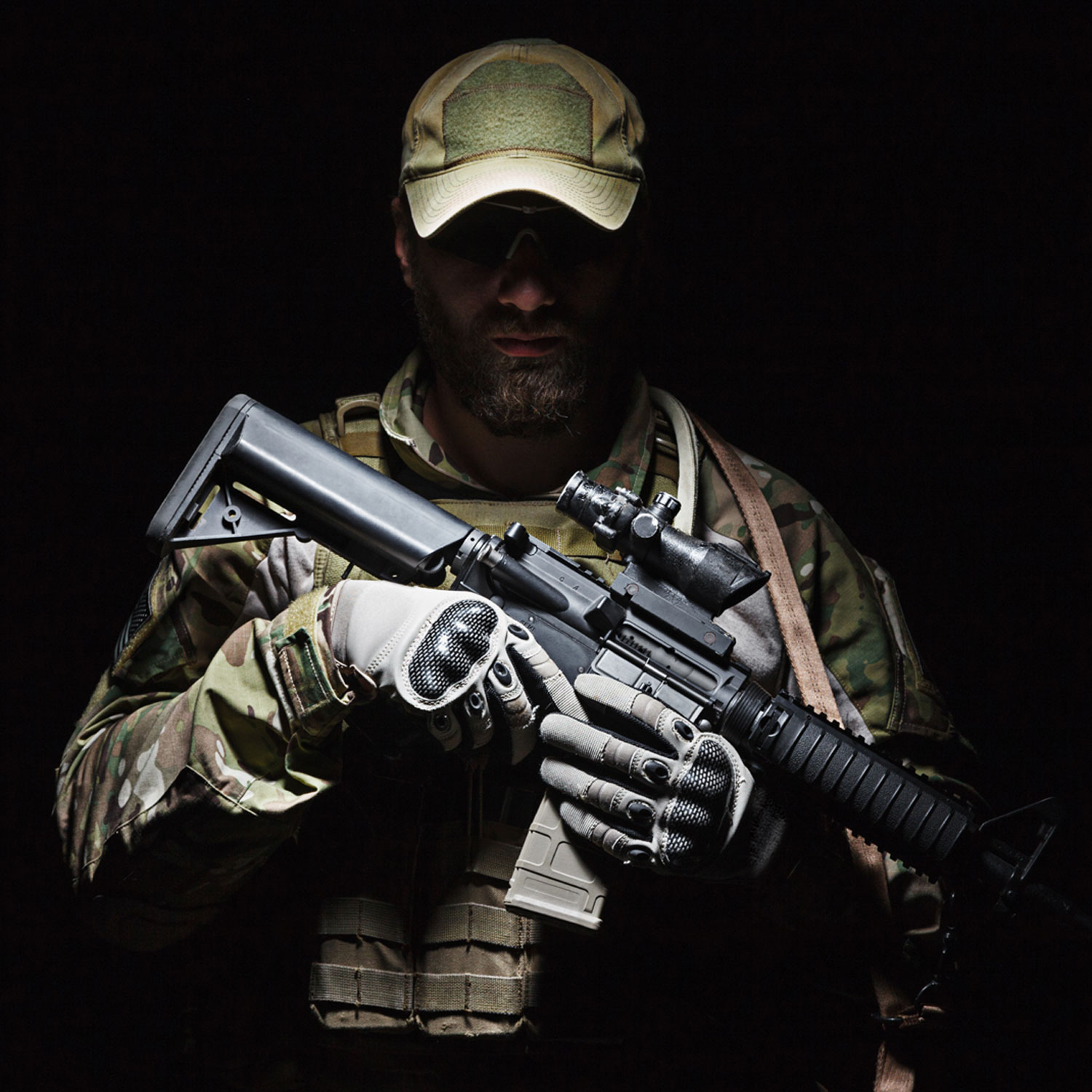 Most major countries have some kind of special forces. The elite soldiers in these units have all been through rigorous selection processes and training so intense that few people can meet the standards.

Some of these units are well-known while a few aren’t.  It’s not really possible to provide an objective overall ranking but the list below is in a rough order of increasing respect for the effectiveness of the special forces units that made this list.

#10 — Spain’s Unidad de Operaciones Especiales (UOE) is a naval special warfare force many people have never heard of.  Yet, they are good enough to be ranked in the top ten.  Originally established in 1952, and renamed in 2009, the UOE is patterned after the British SAS.  On average, only two of every ten candidates are accepted into the training program.  In some years none are.

#9 — Pakistan’s Special Service Group (SSG) is nicknamed the Black Storks because their standard battle gear is black and they wear black headgear that covers their faces.  To be accepted into the Black Storks, the commando selection process includes a 36-mile forced march and a five-mile run in full battle gear.  In October of 2009, SSG soldiers rescued 42 people taken hostage by Taliban militants in an attack on Pakistan’s Army headquarters.

#8 — Poland’s JW GROM is one of five special forces units in the Polish Armed Forces.  In Polish, the unit’s name means thunder.  The unit specializes in counter-terrorism missions.

#7 — Russia’s Alpha Group is one of the best-known special force units in the world.  This elite counter-terrorism unit is also one of the world’s best-trained and best-equipped special force units.  It was founded in 1974 as a special mission support unit of the KGB.  Today, it is part of Russia’s Federal Security Force (FSB), the successor to the KGB.  In the 2002 Moscow Theater hostage crisis, over a hundred of the hostages died from the toxic gas used by Alpha Group to immobilize the Chechen terrorists.  Then, in 2004, when armed Chechen rebels took over a thousand children and adults hostage in Beslan, hundreds of people died as a result of Alpha Group’s questionable rescue strategies.  Alpha Group was criticized for the high number of civilian casualties resulting from their attempt to end the siege.  Over three hundred people died, including almost two hundred children.  More than seven hundred people were wounded.

#6 — The United States Army’s Delta Force is, (along with SEAL Team Six, the 24th Special Tactics Squadron, and the CIA’s Intelligence Support Activity), one of the elite special forces units in the Joint Special Operations Command (JSOC).  In 2019, a Delta Force team successfully ended the reign of terror of Islamic State leader Abu Bakr Al-Baghdadi on a dangerous mission into north-western Syria.

#5 — France’s National Gendarmerie Intervention Group (CIGN) is a highly-trained law enforcement unit responsible for dealing with hostage situations.  Established in 1973, the CIGN has since rescued over six hundred people in more than forty hostage situations.  French law prohibits release of details of the CIGN’s training, equipment, and personnel.

4 — Israel’s Sayeret Matkal is the nation’s most elite special forces unit.  The unit’s primary mission is to gather intelligence, and they often operate undercover behind enemy lines.  Candidates are subjected to incredibly difficult training and very few candidates are accepted

#3 — The United Kingdom’s Special Air Services (SAS) is the infantry counterpart to the SBS, somewhat as the U.S. Delta Force is to the U.S. Navy SEALs.  In 1980, six Iranian gunmen took twenty-six people hostage at the Iranian Embassy in London.  After the terrorists killed one of the hostages, the British government authorized the SAS to use deadly force in what was code-named ‘Operation Nimrod’ that successfully brought the hostage situation to an end.

#2 — The United Kingdom’s Special Boat Service (SBS) is the UK’s equivalent to the American Navy SEALs.  Like the SEALs, the SBS unit’s primary operational focus is marine but, like the SEALs, they are not explicitly restricted to operations in and around water.  The members of SBS are subjected to grueling physical endurance testing, jungle training in the rainforests of Belize, and combat survival training.

#1 — The United States Navy SEALs are widely considered the best-trained and equipped special forces units in the world.  Few SEAL candidates can successfully complete the intense physical screening that precedes what is unquestionably one of the toughest military training programs in the world.  The successful 2011 mission by SEAL Team Six to capture Al-Qaeda leader Usama Bin Laden took place over seven hundred miles inland.